Here are the top wine regions of South Africa: 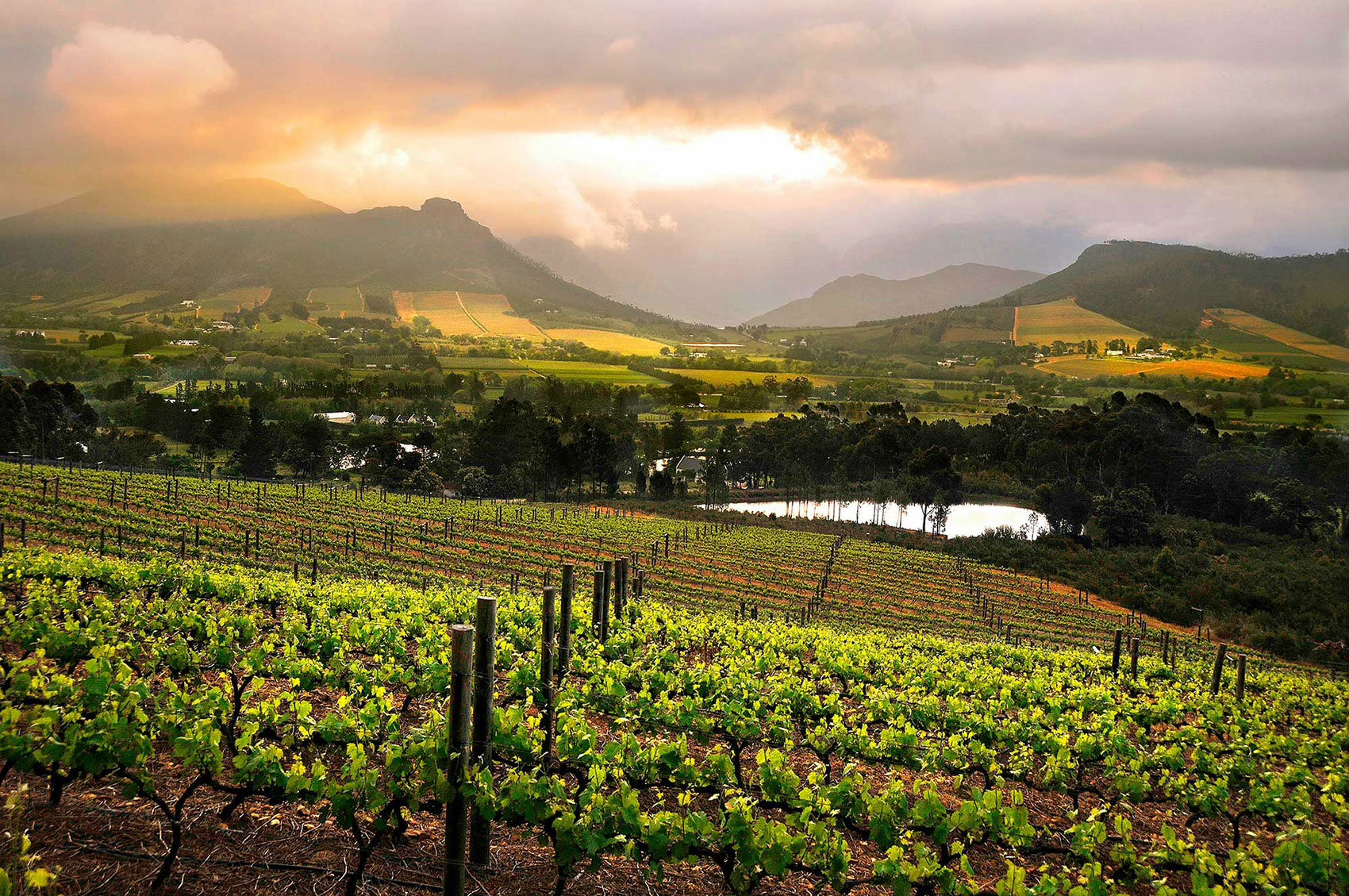 The Gourmet Capital of South Africa has a food and wine route that is beyond compare. Franschhoek is considered one of South Africa’s top wine regions for centuries. The Valley was founded by Huguenot settlers. These settlers came from France and they brought with them their traditions and winemaking expertise. The valley is surrounded by jade-colored Drakenstein Mountains. The relatively high rainfall and a wide variety of soils make the production of the good variety of wines possible. Franschhoek prides itself for the most tried-and-trusted grapes over a number of decades.

Some of the farms in Franschhoek date back generations and exude an old-world charm. Some of the wine farms of Franschhoek include Bellingham, Backsberg Estate Cellars, Rupert & Rothschild Vignerons, Boschendal Wines, Graham Beck Wines and Franschhoek Cellar.

Another top wine region of South Africa is Constantia. It is a historic wine-growing area in the southern suburbs of Cape Town. The region has a winemaking history that dates back to 1685. It is where the first vineyards were planted in South Africa. Constantia sits on top of ancient deposits of decomposed granite. Constantia’s estates stretch from the low ground all the way up the south-eastern sides of the Constantiaberg mountain. The area grows a wide range of grapes with Sauvignon blanc being particularly noted. It is also known for premium cool-climate Sauvignon Blanc and Bordeaux Blend wines, along with the modern dessert wines made from Muscat Blanc.

Constantia is now home to 11 wine farms including Groot Constantia, Steenberg Vineyards, Constantia Uitsig, Klein Constantia, Buitenverwachting, Eagles Nest, Constantia Glen and Silvermist Vineyards. These wine estates receive a steady flow of visitors throughout the year because of the year-round wine tastings, picnics, and festivals. With its heritage and landscapes of unsurpassed beauty, the Constantia Valley truly is one of South Africa’s most cherished vineyards. 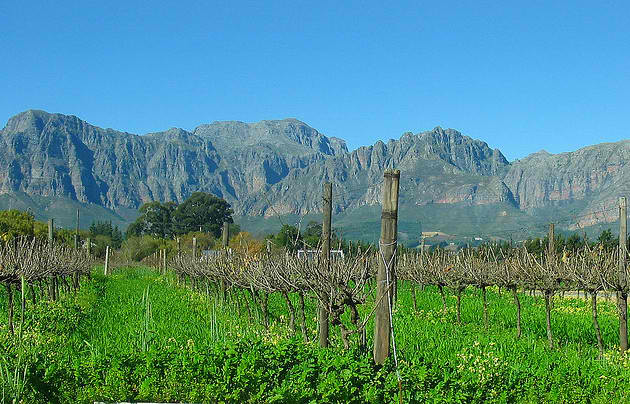 To add to the list of the top wine regions of South Africa is Paarl. Paarl is the heart of the South African wine industry. Its name is the Dutch word for pearl because of the way it glistens after rainfall. Paarl has a long history of wine production which started in the 1680s and the famous Nederberg Wine Auction is held here every year. It was traditionally a white wine region but is now focusing on red wines because of its Mediterranean climate. The white wines are fruit driven and tropical, usually made from Chenin Blanc and Chardonnay. The red wines, made largely from Shiraz, Pinotage and Cabernet Sauvignon are rich and robust, with a great intensity of fruit. Paarl’s vineyards are found on the lower slopes of Paarl Rock, on the northern side of Simonsberg Mountain and in the valley of the Berg River which provides well-drained granite and shale soils for the vines to produce premium quality. Paarl’s climate is relatively hot and the rainfall is moderate to high. And the vineyards are often irrigated over summer to help cool the plants. 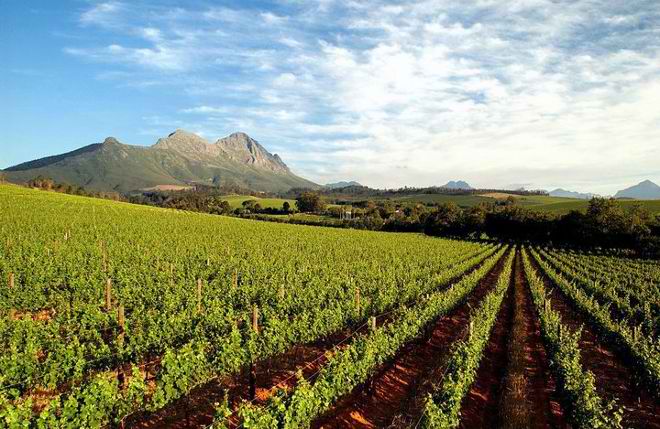 Stellenbosch is one of the top wine regions of South Africa. About 45 km east of Cape Town, the Stellenbosch district is the second oldest wine region in South Africa. It contributes around 14% of the country’s annual wine production. The region is surrounded by the Helderberg, Simonsberg and Stellenbosch Mountains and receives some climatic influences from nearby False Bay. Stellenbosch is steeped in history and is home to the country’s best-known wine estates since 1679. The region’s climate is relatively hot and dry. Granite and sandstone soils are also found throughout Stellenbosch. The region’s most widely planted grape variety is Cabernet Sauvignon. This variety is often combined with Merlot to create Bordeaux Blend wines. 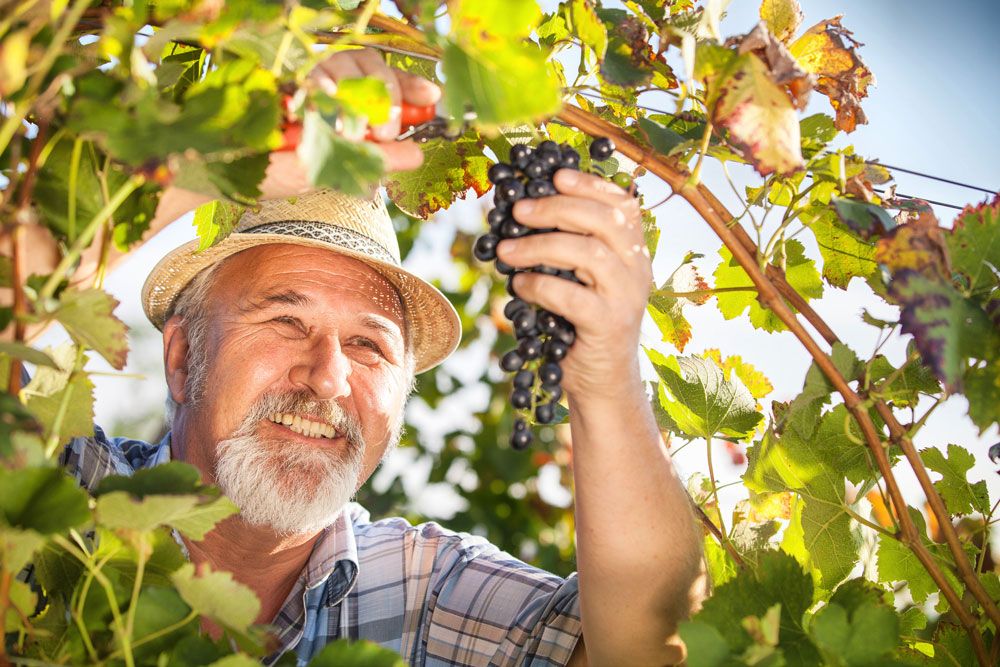 Wine was always an integral part of growing up in my family. It was drunk at dinner, spoke about and savored, used to celebrate occasions and bring friends together. Like many South African's I love wine and love to share my knowledge and passion for wine with my friends, family and strangers. Wine Tours through South Africa are one of the best ways to teach people and educate them about the wines this beautiful country has to offer. This is a collection of stories and blogs about the wine tours available in South Africa.
Read More